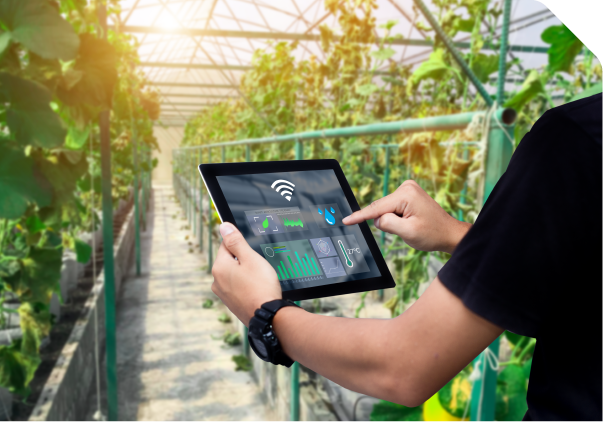 The United Nations has estimated that feeding 9.6 billion people by the year 2050 will require a 70% increase in food production from 2015 levels, along with a 50 percent reduction in losses and waste. These staggering figures highlight an imminent global demand for food that we cannot ignore. The traditional food production methods are already straining to meet current consumer demand. How will we feed 10 billion people? And what is this talk about IoT application in agriculture; can technology be our solution? Stick around to find out.

What is IoT – Internet of Things

The Internet of Things (IoT) is the next-generation computer network. It’s a big buzzword that means we will soon have lots and lots of connected devices. The IoT isn’t just about home automation, wearable tech, smartwatches, and fitness trackers – it also refers to sensors and microcontrollers used for tracking and controlling agricultural machines, supply chains, and manufacturing processes. 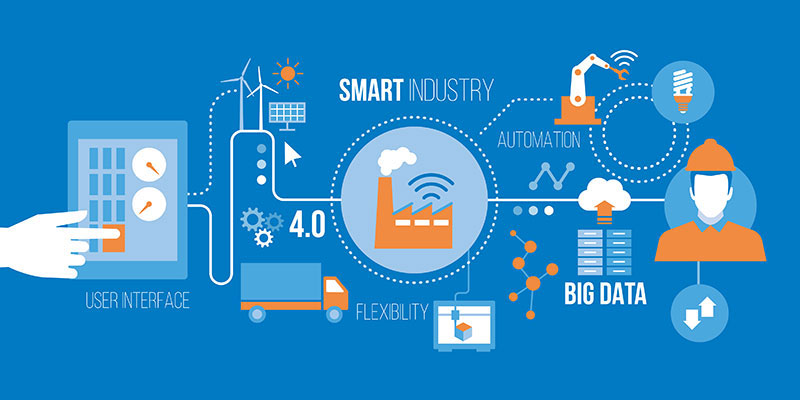 Agriculture and Internet of Things

Internet of Things applications in agriculture is snowballing. And the definition of farming is slowly evolving to what is known as precision farming; as more farmers adopt IoT solutions, they could potentially cut costs, improve efficiency, and even add new revenue streams.

Precision farming is often associated with high-tech practices like using sensor technology to gather data about the environment on a smaller scale than satellites. These small-scale measurements are combined to create a comprehensive understanding of a field, enabling farmers to decide which fertilizers to apply, when to plant seeds, and where to place drip irrigation lines.

Some of these intelligent technologies work directly on your farm, while others work on a larger scale. Here are some examples:

IoT has been applied to irrigation systems in recent years due to its ability to collect large amounts of real-time data on water usage. For example, the HydroPoint system uses soil moisture sensors and weather stations to predict when crops need watering, allowing you to reduce or eliminate wasteful over-watering.

Farm equipment such as tractors and harvesters is becoming increasingly automated. A tractor equipped with an onboard computer can drive itself across fields without human intervention. Similarly, autonomous harvesting robots allow harvesters to harvest crops automatically.

In agriculture, IoT is used in real-time analytics to improve the quality of crops. It drives the decision-making process of farmers. Farmers can make decisions based on the information they receive from their fields by using IoT services.

Sensors are one of the most critical components of any IoT project. Sensors can measure physical quantities such as temperature and other environmental factors. In addition, sensors enable monitoring physical assets like machinery and livestock. If a machine breaks down, the sensor can immediately alert technicians to fix the problem.

The Future of IoT in Agriculture

As connected devices increase, the amount of data collected will increase exponentially. And the application of IoT in agriculture will be made much easier and more accessible by the evolving technologies. In turn, the agricultural sector will save on labor costs and reduce wastage.

Despite the benefits that IoT brings, it’s not yet clear how far we can go with it.

In conclusion, despite these challenges, it is evident that IoT is the best resort to our increasing food demand. It helps us achieve sustainable production and consumption of food. The future of IoT in agriculture looks bright. We expect to see more innovations in IoT in agriculture in the coming years.